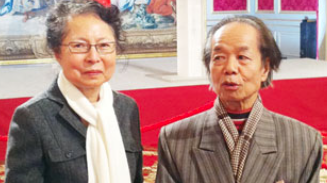 Access to Nguyen Thien Dao grant is identical to those of the CNLB.

Composer Nguyen Thien Dao was born in Hanoi in 1940 and moved to France at a very young age, in 1953. In 1967 at the age of 23 he entered the Conservatoire National Supérieur de Musique de Paris in Olivier Messiaen's class: it was a decisive encounter and he won his composition prize after only one year (1968). Messiaen was an unwavering support for Nguyen Thien Dao, whom he considered "one of the most original composers of our time". Having composed a great deal, Nguyen Thien Dao saw himself as the heir of two civilizations, Western values and Eastern mystical inspiration.

Deeply grateful for the unfailing support that he had received during his studies in France and his career, he and his wife wished to set up a financial aid program for young musicians, whether or not they were Asian nationals.